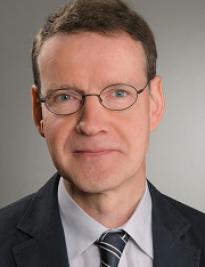 Alexander Reinefeld is a Director at Zuse Institute Berlin and a Professor for Parallel and Distributed Systems at the Humboldt University of Berlin. He received his diploma degree (MSc) in 1982 and PhD in 1987, both from the University of Hamburg. In 1984, he was awarded a PhD scholarship by the German Academic Exchange Service and in 1987 a Sir Izaak Walton Killam Post Doctoral Fellowship for a two year research stay at the University of Alberta in Edmonton, Canada. From 1989 to 1992 he was an Assistant Professor at University of Hamburg and from 1992 until 1998 he served as the Managing Director at the Paderborn Center for Parallel Computing, which he established as a competence center for massively parallel computing. Reinefeld co-founded the North German Supercomputing Alliance HLRN, the European Grid Forum, the Global Grid Forum, and the German e-Science initiative D-Grid. He received an IBM Faculty Award, organized international conferences, serves in editorial boards and published numerous scientific papers. His research interests are in scalability and fault tolerance, distributed algorithms and innovative computer architecture. He is a member of ACM, IEEE, and GI.